Photo by Nick Fewings from unplash.com

This article estimates population infection rates from coronavirus disease 2019 (COVID-19) across four Canadian provinces from late March to early May 2020. The analysis combines daily data on the number of conducted tests and diagnosed cases with a methodology that corrects for non-random testing. We estimate the relationship between daily changes in the number of conducted tests and the fraction of positive cases in the non-random sample (typically less than 1 percent of the population) and apply this gradient to extrapolate the predicted fraction of positive cases if testing were expanded to the entire population. Over the sample period, the estimated population infection rates were 1.7–2.6 percent in Quebec, 0.7–1.4 percent in Ontario, 0.5–1.2 percent in Alberta, and 0.2–0.4 percent in British Columbia. In each province, these estimates are substantially below the average positive case rate, consistent with non-random testing of higher-risk populations. The results also imply widespread undiagnosed COVID-19 infection. For each identified case by mid-April, we estimate there were roughly 12 population infections. 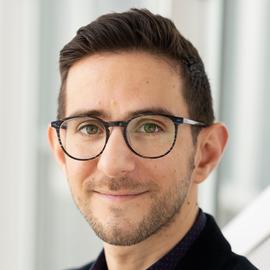